Would you be able to run a film studio and produce the best blockbusters?

take on the challenge and manage the whole process of making great movies, from the first concepts to the film distribution!

learn from your own experience and become one of the top filmmakers in the cinema industry!

create all kinds of films

don’t forget to build all the departments needed for your productions! Open new buildings where the different working teams can do their job.

Supervise and meet all the needs of all the staff teams to reach stardom!

count on the best directors, actors, and actresses as you enhance your reputation in the film industry. Add or delete the contacts according to your growth strategy, and choose wisely your casting for the new releases!

pay attention to reviews to know how you can adapt your resources in future projects. Learn from errors, reinvest your earnings to improve your performance, and create hype to keep your audience engaged!

if you like management and idle games, you will enjoy filmmaker empire tycoon! A casual easy-to-play game where strategic decisions have to be taken to manage a film studio with profitable results. Improve your empire starting from a small film set and unlock visible progress in your premises! 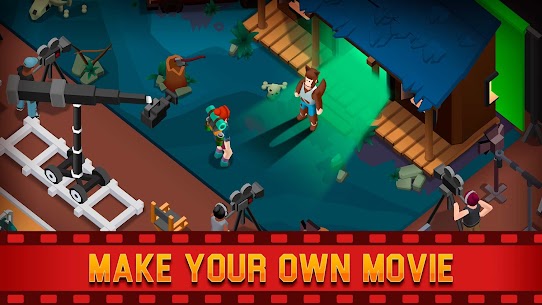 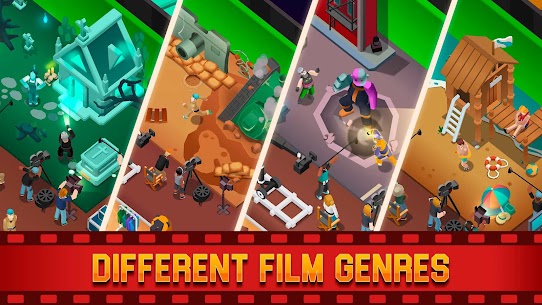 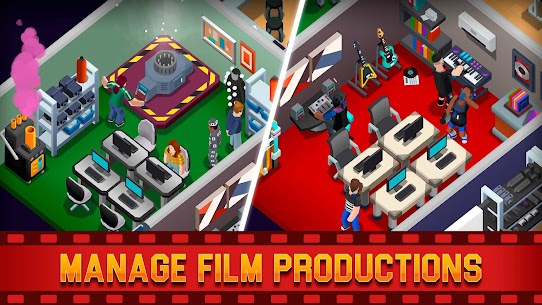 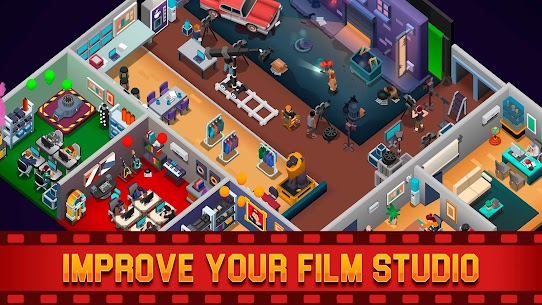 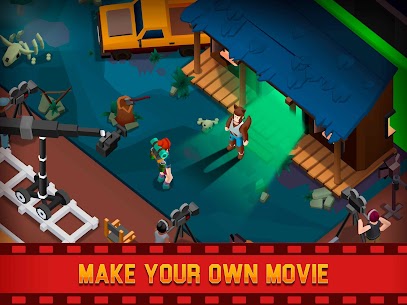